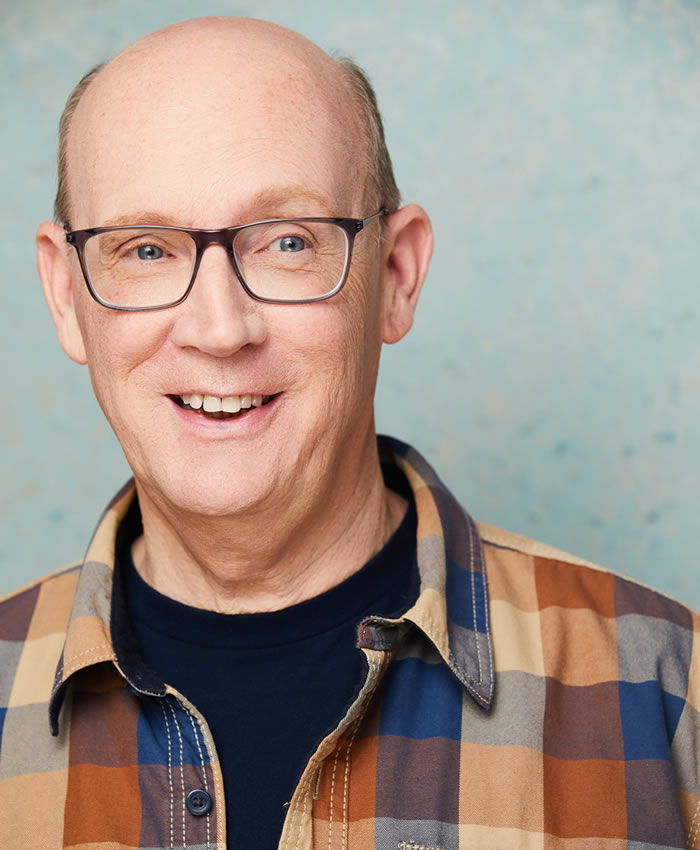 Bill Kernodle is all southern roots, sometimes with the twang to match. His voice over is folksy, everyman, and always genuine. From humorous to authoritative and everything in between, Bill has a breadth of emotion to call on in his work.

Broader than his passion for VO, Bill is a storyteller at heart. Born and raised in Memphis, Tennessee, he grew up in the South—the land of storytellers, who can’t so much as give directions to the nearest grocery store without also illustrating the full history of the streets and scenes along the way.

Bill is also a lifelong musician. Growing up in a musical family where everyone sang and played instruments, he quickly took to the trade and from an early age wrote and performed songs of his own. Bill studied classical guitar and voice in college, and spent some years in Nashville performing professionally. This true southern gent never ceases to amaze, right down to his unforgettable yodeling skills.

With his affinity for all things vocal, it’s clear why Bill found a passion in voiceover acting. In all his projects he offers a quick and quality turnaround with a commitment to expertly delivering his clients’ visions.

Now a resident of Southern California, Bill works from his professional-grade home studio equipped with a Sennheiser 416 microphone, Audient ID 14 interface, Adobe Audition DAW, and Source Connect. For voiceover full of southern charm, with optional southern twang and a little yodel on the side, work with Bill Kernodle today; you’ll be as happy as you can be.

Alex Dolan-writer, podcaster and creator of the audio drama “The Patron Saint of Suicides”

“Bill was a consummate professional—he responded to an audition for our full cast audio drama that was an emergency recast, dropped into character immediately, and recorded all of his scenes with our lead actor in an hour. I was completely impressed by the performance he delivered and would recommend him to anyone.”

My god! Your voice is smooth as homemade butter, as wholesome as Christmas day and as down to earth and grounded that you could give a damn farmer a run for his money.

Bill has so much warmth in your voice.  So wonderful! I’d buy anything  I’d believe anything he said!

Bill,  I need you in my ear teaching me about everything I don’t know. Your voice encompasses your warm, welcoming personality, and I’d go out of my way to listen to it.You’re such a comfortable presence and I’m really looking forward to hearing more!

You’re such a comfortable presence and I’m really looking forward to hearing more!

Hooray for Bill K!! Such a wonderful presence.